Ailie Harrison and Stephanie Clark formed the Scoliosis Self-Help Group,which would later become the Scoliosis Association (UK), in 1981 to help people with scoliosis and their families.

The group started out with just 200 members, all of whom were past or present patients of Dr Phillip Zorab at the Brompton Hospital, London. Dr Zorab was an eminent chest physician with an interest in scoliosis. As his work grew it became clear that there was a need for support for scoliosis patients and the charity was set up.

The group changed its name in 1986 but its aim of self-help remained. Over the past years membership subscription has grown into the thousands. The charity is run by a few dedicated staff and with the help of volunteers from among the membership.

In November, 2006, SAUK became officially affiliated with the British Scoliosis Research Foundation (BSRF). SAUK remains the only national support group for children and adults with scoliosis in the UK and there are no signs that the need for the service has decreased since it was established.

Lord Lichfield – Getting it Straight Campaign 2002

SAUK held a wonderful exhibition of photographs taken by Patrick, Lord Lichfield, of people with scoliosis, celebrities, and a scoliosis surgeon. The exhibition had a marvellous launch in London, which was attended by many of the celebrities and Lord Lichfield. It then travelled to Salford, Edinburgh, Belfast, and Cardiff. 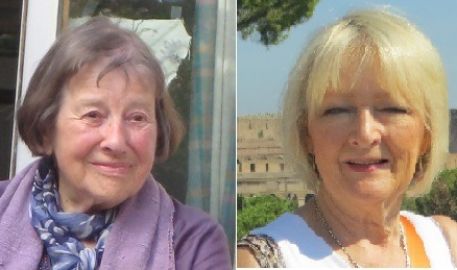