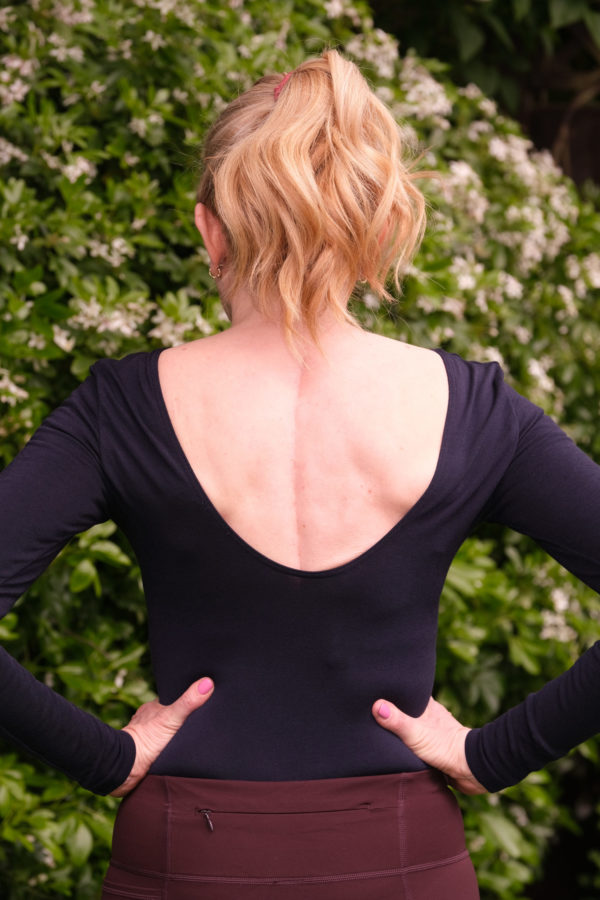 Spinal deformity presents in many ways at different ages. In adults, pain is a common presenting feature whereas in children there may be no symptoms other than the noted change in the shape of the spine. Spinal deformity in children is relatively common with the largest group being scoliosis in adolescents, occurring in up to 5% of the population. Many of these children will never even know they had a spinal deformity; others may present to doctors for advice and treatment. Many require no treatment, a minority require bracing, and even fewer go on to have surgery, because, in most patients, the natural history, what happens if you do nothing, is favourable. Less common types of scoliosis seen in childhood include congenital scoliosis and those curves that are caused by a known underlying condition such as neuromuscular scoliosis. In congenital scoliosis, a child is born with bony abnormalities in the spine that usually cause no problems but a minority, if untreated, can have severe deformity and problems later in life. Therefore, recognition is key in all cases of childhood scoliosis – usually to reassure but also to identify those cases that have a high chance of developing problems in the future. In adults, spinal deformity can develop de novo due to wear and tear in the spine and is called degenerative scoliosis – this is much more common than childhood scoliosis and increasingly prevalent after age 60 and will not be discussed here.

The natural history of spinal deformity – whether it be scoliosis, kyphosis, or spondylolisthesis – depends on many factors, including the underlying cause, the magnitude and site of the problem, and particularly its magnitude at the end of growth. No natural history study can perfectly predict what is going to happen to an individual, but we can make estimates of what is predicted to happen and how this may affect the patient. For example, we know that scoliotic curves larger than 50 degrees tend to progress and that when those curves are bigger than 80 degrees some patients describe some difficulty breathing. We also know that most children with spinal deformity take their spinal shape into not only young adulthood but also later life and have a normal life expectancy. It is well known that wear and tear occur in all of us – whether or not we have a spinal deformity – and is very common in the spine, as is back pain. It follows therefore that there will be many patients who have a spinal deformity from childhood who have spinal problems in adulthood, whether or not they have had surgery. The challenge is then to ascertain if the spinal deformity is contributing or causing the symptoms that one has in the spine and whether anything should be done about it. If the abnormality is in the lumbar area where ribs do not support the spine there can be particular problems and even small curves can become quite symptomatic, associated with slipped discs, nerve compression, and pain.

Any childhood curve in the spine can progress in adulthood, the larger the curve at the end of growth the more likely it is to do so. This may make a previously asymptomatic curve symptomatic with pain or have a knock-on effect on adjacent levels of the spine, particularly in the low back or neck. In adulthood, the symptoms usually determine treatment whereas in children treatment is often dictated by X-ray findings even if no or relatively few symptoms are shown, on the basis that they are likely to cause problems in the future. In childhood, a curve may be more flexible, correctible, and smaller, whereas in adulthood the curves are often bigger, stiffer, and less correctible. Furthermore, children recover more quickly from surgery than adults do and have significantly fewer complications with better corrections. Because they are in education recovery periods can be fitted around this easily. Having a major operation as an adult with a family, employment, and other dependents is a further consideration to add to the higher complication rate and longer recovery periods. With that in mind, one might ask why we do not operate on more children – the answer being that there is still risk and importantly natural history in most is favourable. The net result, however, is that we do see adults with progressive non-operated childhood scoliosis that is symptomatic.

In the previously non-operated patient with childhood spinal deformity presenting in adulthood, carefully assessment is mandatory to ascertain exactly what the problem is and where it is coming from since often it doesn’t come from the curve itself but from adjacent levels. Pain is the most common symptom but has many sources: degenerative changes in the spine, muscle pain from the deformity, rib impingement in the pelvis. The history and examination are key – helping pinpoint the pain source and ensuring no other cause is evident. Treatment is usually non-operative with physiotherapy, chiropractic, osteopathy, and pain management. Sometimes supportive underwear or bracing in some form may help and providing one understands the limitations of these they can be tried. Non-operative treatments may help greatly and are very unlikely to cause problems or affect any potential further invasive treatment and if one is to have surgery it is generally always good to have tried everything else first!

Patients presenting in adulthood who have previously been operated upon as a child can present a different challenge, but the same rules still apply: ascertain a source of pain from history and examination and pursue non-operative measures to control symptoms. Operations for spinal curvature started in the early 20th century with prolonged stays in hospital, no metalwork, and use of traction with casts to control spinal shape while bone fused the spine in that position. In the 1960s and 70s, metalwork started to be used to correct spinal curvature more commonly after some sporadic use before, the most famous one being named the Harrington rod. This was a single distracting rod acting very much like a beanpole to hold the spine up and provided a nice correction of the spine in one plane but often flattened the side-on or sagittal plane, which is meant to be curved. Throughout the 1980s a more three-dimensional correction was attained by segmental fixation and into the 21st century, we have not only a better understanding of the three-dimensional nature of the deformity but also improved techniques and instrumentation. Computer-based advanced planning, robotics, and navigation have transformed the landscape of spinal deformity surgery to make it safer and more predictable, and to aid patient selection. However, we still see problems in patients from all eras of such surgery although those having had Harrington rods are now in their 50s and beyond.

Long-term problems can either be within or from the construct itself or from adjacent levels that have suffered a knock-on effect, or both. From the operated levels metalwork may be loose or prominent and/or bone may not have fused. Sometimes metalwork has been historically removed and the curvature recurs in the area even though the spine is ‘solid’ – this is because bone is alive and responds to forces placed upon it. Rarely infection may present late – many years after surgery with pain and swelling but does need to be considered. The biggest problem with previously operated curves that we see is suboptimum three-dimensional alignment. Harrington rods flattened the back out too much (particularly the lumbar area) and more recently overzealous correction with pedicle screw constructs overcorrected scoliosis resulting in the same problem of a flat back – although often in the thoracic region. If one were to consider surgery for any of these problems, they all represent a major surgical challenge – removing old metalwork, ‘clearing’ infection, getting bone to heal, and having to break and restore the spine to restore alignment. Complications are high and recovery is long – careful decision making is key.

If one has had surgery, whether perfectly aligned or not, then there will have been disruption to spinal musculature and stiff segments, which place different forces on adjacent levels and non-operated segments. These can develop disc or facet problems with back or nerve pain and have to be treated as one would usually with consideration given to the underlying driving force and contribution of the spinal deformity. Often these problems can be treated in isolation but sometimes one needs to address the presenting problem and the previously operated levels – a big undertaking with high complications.

In summary, most children with spinal curvature do not need any form of invasive treatment and most of those treated in the past do not need invasive treatment as adults, although many may have symptoms that are usually self-managed or controlled with pain management in all its forms. In those with major problems not responding to non-operative measures who have or have not had previous spinal surgery decision making can present a difficult challenge. The operative decision-making process must be patient-led, based on their level of symptoms, how bad they are, how good they want to be, how good a surgical procedure can make them, and the complication profile of the procedure. In carefully selected cases there are many options available to help and surgery can be transformational when irreversible complications are avoided.