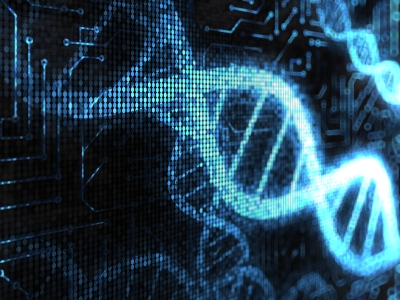 The question “Is scoliosis in the genes?” has no simple answer, because there are so many different causes of scoliosis. There is a large group of affected people for whom scoliosis is not determined by the genes, for example those with a neuromuscular condition. Over time, different muscle tension between the two sides of the body slowly leads to spinal curvature. A good example is cerebral palsy, which is neither genetic nor inherited. However, there are many rare, usually early onset, muscular dystrophies, as well as primary neurological disorders, where scoliosis occurs as a secondary complication for the same reason as in cerebral palsy, namely an imbalance in strength between the two sides of the body. These primary muscle and nerve problems do have their origins in the genes, but the actual pattern of inheritance, ie, how it tracks through a family (or not), depends on the precise diagnosis and what is happening at the level of DNA (Deoxyribonucleic acid)

Many of these disorders follow autosomal recessive inheritance, which describes the situation where the condition occurs only when both copies of a particular gene are not working.

The children are affected because they have inherited a faulty gene from each of their parents, who are healthy but are carriers because they have one good copy and one altered copy of the gene. In other cases the condition occurs when just one copy of the gene is faulty, which indicates autosomal dominant inheritance. In such cases the faulty gene may have been inherited from a parent who is also affected. It is also possible that the faulty copy of the gene may arise out of the blue when the child was conceived by a DNA error generated during gametogenesis (the making of either Mums’ egg or Dad’s sperm – it’s by chance, it was nobody’s fault!).

AIS may occur in up to 3% of young people but both the underlying cause and the genetic basis is still largely unknown despite major research efforts. It has been observed for a long time that AIS, clusters in families, that is more cases will occur in the relatives of those who are affected than would be expected by chance. This usually indicates that there is at least some genetic contribution to the cause of the condition; however, the pattern of affected cases in most families does not follow the rules of mendelian (single gene) inheritance.

Some longstanding facts are clear, namely the following:

Using the technologies available, geneticists have undertaken very large studies of many AIS cases with the aim of identifying specific DNA variants that are seen commonly in AIS compared to those who are unaffected. This analysis is known as GWAS (Genome-Wide Association Studies), and in AIS the studies have involved thousands of people.

Whilst GWAS has not identified a single, simple genetic explanation, it has emerged that DNA variants within a gene called LBX1 are significantly associated with AIS. This was first established clearly in various Asian populations, especially in the Chinese, but has also been confirmed in populations originating from Europe. What is known about LBX1 is that it is an active gene (expressed) in the development of part of the spinal cord. This could in theory fit with observations in AIS patients but it does not mean the genetic mechanism is understood. Indeed in all association studies findings that appear significant do not reveal a cause and effect explanation, certainly not in the individual patient. Other, weaker associations have been found with genes called GRP126 and POC5, and the message from all this is that AIS genetics is complex!

The nature and causes of EOS are very diverse, and very different, from those of AIS in the majority of cases. EOS is very frequently a consequence, or linked with, structural faults of the vertebrae, spine, and often the rib cage too. Individual vertebrae may be misshapen because of formation errors, there may be fusion of sections of the spine, and there may be very asymmetric features to what should be a very symmetric assembly of bones. One single misshapen spinal bone may be sufficient to cause major spinal curvature as growth occurs.

The developmental processes giving rise to normal spine structure involve highly complex patterning pathways, in a similar way to insects developing body segments and stripes. The genes involved in these processes have been a keen focus of interest in EOS, and a number have been identified. Individually, the specific conditions linked to these genes are rare, but success has been achieved in a group of conditions called spondylocostal dysostosis (SCD), as well as a small proportion of cases with Klippel Feil syndrome, where mainly the neck vertebrae are involved. In SCD the genetics nearly always follow autosomal recessive inheritance and a high proportion of affected individuals have been born to parents who are close relatives such as cousins. In SCD it is usual for all the vertebrae to be faulty to some degree.

There are also many rare, complex syndromes which sometimes include a limited number of faulty vertebrae. In such cases there may be involvement of other organ abnormalities or body systems, such as heart or kidney, and sometimes a learning disability. For many of these the genetics has been explained in recent years and some follow autosomal dominant inheritance, whilst some follow autosomal recessive inheritance. Occasionally boys are affected and the faulty gene can pass down the generations through female carriers because the gene is on the X-chromosome. In dominant inheritance a child is often affected because the DNA variant, or mutation, has arisen for the first time out of the blue (de novo), which is a relatively common cause of rare disease.

A significant advance in the genetics of EOS has taken place within the last 2-3 years through studying a gene called TBX6. This gene is part of a developmental process called the notch signaling pathway, the genes for which are linked to the SCD group of conditions, as outlined above. TBX6 is situated on chromosome 16 and sometimes a very small piece of genetic material, including TBX6, can be lost from one of the two chromosomes 16. This is called deletion 16p11.2 syndrome and is a recognised risk factor for mild learning difficulties. With one copy of TBX6 missing in such cases, it only takes a small problem in the DNA of the other copy of TBX6 (on the non-deleted chromosome 16) to give rise to problems, and these problems range from a form of SCD, to a form of EOS where a very limited number of vertebrae are not formed properly. This can give rise to significant spinal curvature over time. Sometimes the DNA variant in the remaining copy of TBX6 is a damaging change that significantly alters the protein, in these cases the problem is likely to be SCD. More commonly, however, the DNA variation in the remaining copy of TBX6 is a combination of subtle variants, called a risk haplotype. In this situation the result is usually a form of EOS with a limited number of abnormal vertebrae commonly seen at the upper part of the lumbar spine. The discovery of this gene has been an exciting advance in our understanding of EOS but still explains only a small proportion of cases.

Clearly, there is still a very long way to go in understanding the genetics of all forms of scoliosis. We know, of course, that scoliosis arises for many different reasons and in association with a very diverse group of medical conditions. However, we have the tools and technology to undertake exciting genetic research and progress will be made.