SAUK is aware that there is much debate surrounding a new operative technique for some types of scoliosis curves. This technique is called VBT [vertebral body tethering] and was developed in the USA, where it has only recently become widely practised.

The position in the UK is that St Georges Hospital in London started doing this operation on the NHS but stopped doing so last year when the NHS withdrew funding. However, the operation is now available at this hospital on a self-pay basis and is not yet funded by the NHS, although NHS England is currently reviewing its position on funding.

The technique was originally developed for smaller, flexible idiopathic curves in patients who have some growth potential (ie, adolescent pre/peri-menarchal, Risser 0-2, or juvenile patients). The aim of the procedure is to correct scoliosis while still preserving spinal flexibility. Early results of VBT are promising but it is so new that there is only limited follow-up data.

Thus, at present the situation is that long term follow up studies confirm that traditional correction of the curve with screws and rods is effective. VBT is a very new procedure that is used for selected cases, typically in younger patients and needs careful assessment and good quality follow-up data. Researchers need to establish that the procedure does indeed achieve safe correction while preserving flexibility and maintenance of the correction in the long term.

SAUK’s view is that careful evaluation of the short and the long-term outcome of VBT should be a priority for research, as should the feasibility of expanding the use of the technique to a wider spectrum of children, perhaps at a more advanced developmental stage. Indeed, the recent BSRF/SAUK PSP recommends funding for research – Question 3 was: Could surgical procedures be improved to become less invasive, reduce scarring and preserve flexibility? SPSP Final Results

To inform our members reliably about VBT, SAUK published a peer reviewed article in Backbone Spring 2018 and it is reproduced on our website. We removed the article from the website in April 2018 after some people expressed concern. We have had the article peer reviewed by 2 different surgeons, who were not the original reviewers. We are now republishing the article and it is available to read here. Vertebral Body Tethering 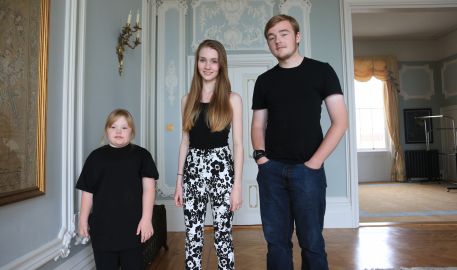