Scheuermann’s kyphosis is a condition in which the front sections of the vertebrae (small bones that make up the spine) grow more slowly than the back sections during childhood.

The curve usually happens during a time when the bones are growing very quickly. Often this is between age 10 and 15 but for some patients it worsens when they are adults. The condition is thought to be quite rare, but the number of people affected is not truly known as it is often put down to poor posture. It affects both men and women in equal numbers.

Patients with Scheuermann’s kyphosis often have back pain, especially during the early teenage years. This pain usually decreases when a person gets closer to adulthood.

The cause of Scheuermann’s disease is unknown. Research shows that there are probably a lot of factors responsible but that it may run in some families.

Pain is often the most noticeable symptom for adult patients. Other signs are tightness of the pectoral muscles (chest muscles), hamstrings (strong bands of tissue at the back of the thighs), and hip flexors (inner hip muscles). About a third of people with Scheuermann’s disease also have mild or moderate scoliosis. It can often take a while for Scheuermann’s kyphosis to be diagnosed because the symptoms (signs of the condition) can be blamed on poor posture.

The curve caused by kyphosis often stays mild. Usually patients will only need X-rays to check that it is not getting bigger.

There is little information about the natural history of Scheuermann’s kyphosis. Natural history means what happens to the spine if no treatment is ever given. Many patients have no serious problems or disability and the symptoms settle once the spine is fully grown. However, people with severe kyphosis (a curve that is bigger than 80 degrees) when the patient is fully grown can continue to get bigger, which can cause a large curve and severe back pain.

Whether treatment is needed will depend on: the size and progression (worsening) of the curve, the patient’s age, and how much growing they have left to do, whether the patient is in pain, the effect of the curve on the patient’s appearance, and (in rare cases) the risk of cardiopulmonary (heart and lung) or neurological (nervous system) problems.

If the curve is quite large (60-80 degrees) and the patient has not yet finished growing the most common course of treatment is for a back brace to be fitted. An exercise programme is usually set to go along with this.

The brace is worn full-time until the patient has finished growing to try to reduce the risk of the curve getting bigger. The fit of the brace needs be regularly checked for best results. The patient is usually asked to wear the brace for at least 18 months and often longer.

The exercise programme includes exercise and strengthening of the back and stomach muscles and stretching of the hamstrings and pectoral muscles. On their own the exercises will probably help with back pain but will not affect the chance of the curve getting bigger. Exercises are often used along with brace treatment.

Not all specialists agree that bracing works as a treatment. Some say that there is a high risk a patient’s curve will continue to get bigger after they stop wearing the brace. Also, that wearing a brace as a teenager can cause distress and low self- esteem.

For more information on bracing please click here to see our bracing page.

Surgery may be an option if the curve continues to progress (get bigger) to more than 70 degrees and causes pain or is very noticeable. Also an operation might be offered if there is a risk of neurological issues (problems with the nervous system). However, surgery will only be suggested if other treatments such as bracing and physiotherapy have not worked after 6 months.

The operation to correct kyphosis can be difficult and sometimes there is the risk of major complications. The risks should be talked through in detail with the patients and their families. They need to weigh the risks against the difficulties the patient has because of the curve. They should also think about how the surgery could improve the patient’s quality of life.

These days modern techniques allow better correction of the kyphosis. With the right surgical treatment excellent results can be achieved with low complication rates and high patient satisfaction.

Patients with Scheuermann’s kyphosis often have poor posture and back pain at first. Back pain is most common during the early teens and will usually decrease as the patient gets closer to adulthood. For most people the pain is rarely bad enough to affect daily activity or working life. However, those with bigger curves can have more severe pain that does not go away when they are adults. If the pain is bad; patients can speak to their specialist about possible treatments. SAUK also has information about pain management that may be of help.

Here is a selection of common questions we are asked by callers on our Helpline. If there is other information needed or for further advice please do not hesitate to call us on: 020 8964 1166 or e-mail: info@sauk.org.uk

What is Scheuermann's Kyphosis?

Scheuermann’s kyphosis is a condition in which the front sections of the vertebrae (small bones that make up the spine) grow more slowly than the back sections during childhood. This difference in growth means the vertebrae grow into the shape of a wedge, when they should grow into the shape of a rectangle. These wedge-shaped bones don’t stack up in a straight line. As a result the spine develops a sharp forward angle as it grows. The forward bend of the spine is called kyphosis

The curve usually happens during a time when the bones are growing very quickly. Often this is between the ages of 10 and 15 years but for some patients it develops when they are adults.

Why has this happened?

The cause of Scheuermann’s disease is not known, although research shows that several factors are probably responsible.

My child has just been diagnosed with Scheuermann’s Kyphosis, what is going to happen now?

If your child is diagnosed with Scheuermann’s Kyphosis they should see a spinal specialist. There are around 30 scoliosis centres across the UK and you can find your nearest specialist by calling or emailing SAUK. You will need to take the names of the specialists to your GP, who will organise a referral. You will then receive a letter in the post with your appointment date and time.

The curve caused by kyphosis often stays mild. Usually patients will only needs X-rays to check that it is not getting bigger. For bigger curves bracing or physiotherapy may be recommended. Surgery may be an option if the kyphosis continues to progress (get bigger) to more than 70 degrees causing severe pain or there is a risk of neurological issues or if the curve is very noticeable. However, surgery will only be suggested only if other treatments such as bracing and physiotherapy have not worked after 6 months.

Patients with Scheuermann’s disease often have poor posture and back pain at first. Back pain is most common during the early teenage years and will usually decrease as the patient approaches adulthood. The pain is rarely severe enough to affect daily activity or working life.

How can I manage my pain?

Pain management is a difficult subject because everyone has different experiences. What works for one person does not always work for the next.

If possible, most people should do light exercise. Swimming, yoga, and Pilates can help with pain as they build the core (stomach and back) muscles, which is good for back health in general.

Over the-counter painkillers such as paracetamol and ibuprofen can help some people. If these drugs don’t work for you, then talk to your GP, who can refer you to a pain management clinic in your area. Pain management clinics are able to look at a wider range of treatments these can include medication and pain management courses and programmes that teach techniques to manage long-term pain.

Will I have any problems with pregnancy?

Many of our members have happy, healthy families. It is always sensible to discuss the management of labour in advance with the medical staff who will take care of you during birth. Your kyphosis may affect the position you take during labour and delivery.

It is quite normal to feel confused about what course of treatment to choose for you or your child. There is a lot of information to take in and some of the questions about scoliosis have no clear answer. It is absolutely fine to ask your specialist further questions, or ask for a second opinion.

If you need names of other centres or specialists then you can get this information from us by calling or emailing the SAUK Helpline. You may also find that it helps to talk through the specialist’s advice with someone. The friendly SAUK team is always happy to offer advice, support, and a listening ear. You can ask us as many questions as you like and we will try to help. It sometimes helps to speak to people who have been in a similar position. If you would like to speak to people affected by scoliosis, the SAUK membership scheme can help you to do so.

I am not happy with how I /my child has been treated by the specialist or at the hospital what should I do?

It is your right to ask for a second opinion from another specialist at the same or a different hospital.

Also every hospital has a patient advice and liaison service (PALS). If you are unhappy with the way that you have been treated or have any other worry or concern about your care, you can seek advice from the PALS service linked to your hospital, which will be happy to help.

For patients in Scotland you can contact the Patient Advice and Support Service http://www.patientadvicescotland.org.uk/ 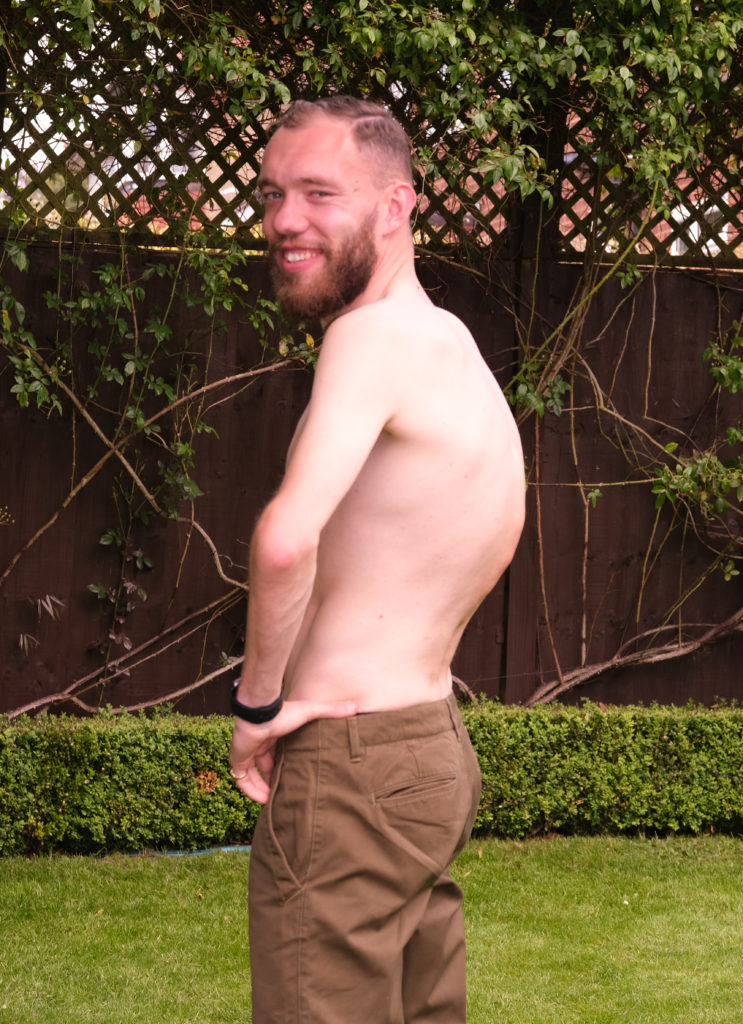