In the Autumn of 2019, Alice Fevronia made it all the way to the final of the tenth series of the Great British Bake Off. This was the pinnacle of a journey that started when she was diagnosed with scoliosis at age 16.

‘I was just looking in the mirror one day and I thought I didn’t look quite right,’ Alice tells me when I ask her how she first thought she may have scoliosis. Alice was an enthusiastic athlete in her teenage years, training three or four times a week and racing every weekend. It’s this level of fitness that initially helped her realise there was something wrong. She had noticed that she had started to get out of breath more than before. It was then her physical appearance that caused her some concerns, ‘I just remember looking at my ribs and thinking they stick out quite a lot and they’re not what I would want them to be like.’ She arranged an appointment with her GP who suggested physiotherapy but Alice and her parents weren’t satisfied with this advice so sought a second opinion. The second opinion said that she had a condition called scoliosis, hers was a 50 degree ‘S’ shaped curve, and she was in need of an operation. This diagnosis came as a shock. ‘I’d never really heard of scoliosis before. I may have heard of having a curved spine but I hadn’t heard of scoliosis and didn’t know anyone else who’d had it.’ She found out afterwards that her godmother had had a scoliosis operation in her youth, but this was years before Alice was born.

The inevitable day of the operation came and Alice was understandably terrified, ‘I’m not good with needles at the best of times and I remember being terrified of the general anaesthetic.’ Alice’s surgeon was going to fuse four vertebras in her lumbar region and this correction would leave the top curve to self-correct. It was quite a complicated operation in which a chest drain was inserted, a rib was removed to use as a bone graft, a lung was deflated, and her diaphragm was cut. Her father joked that a car crash may have been less invasive. She was in intensive care for 24 hours and then spent a further 7 days in hospital before she was able to return home.

Alice was off school for 9 weeks to recover and then she spent 6 months in a brace. It was this period that she found the most difficult and is very open about how badly she coped mentally, ‘I did find the experience traumatic. I did get incredibly sad and I struggled mentally.’ Alice was advised to avoid transport as much as possible and signed off physical exercise for a year. She had gone from exercising four or five times a week and competing in athletic competitions to being effectively house bound. This was the time when she discovered baking. Alice said she had to find things to do that weren’t active and baking was something she would do to take her mind off things. Even now she still finds it quite therapeutic, definitely not when she was in the Bake Off tent but usually it allows her to ‘zone out and go into [her] own little world.’ Reflecting on that period she says she felt very isolated and bored, and baking was something she could do to escape daytime TV and then share the finished result with her friends when they came to visit after school.

When it was time for Alice to return to school her friends were incredibly supportive. They always carried her bags for her since she wasn’t allowed to carry anything over 1 kilogram in weight. But the brace was a struggle, ‘when they said brace, I had in mind a corset-type thing… but mine was skin-coloured, thick plastic, and sheepskin lined.’ Alice became self-conscious so started to try and wear baggy clothes to make the brace less obvious but the main struggle for her was how hot the brace made her, ‘everyone else was dozing on their desks and I was sat bolt upright.’ The summer months were hard, especially with the added pressure of her GCSEs. Aside from her friends not many people understood what had happened to Alice so she organised a non-uniform day and an assembly to explain her condition and stop the curious glances in the corridors.

Day to day now Alice said she rarely thinks about scoliosis. She does get the occasional twinges or a bit of pain and now as she’s getting older is starting to make sure she’s more careful with her back. Since being on the Great British Bake Off she’s had people contact her to ask advice about their own scoliosis diagnosis. Their concerns were all the concerns Alice had, missing school or work, worried about not seeing their friends, and so on. Alice says it’s just about ‘finding things you can do and setting little goals week by week, organising a few nice things to look forward to.’ The most important thing she has learnt is to be proud of her scar, and she wants other people to feel the same. She said that when she was 16 she could never have imagined how she would feel now, ‘I thought that I was always going to be in pain or it would always be a problem and that’s just not the case’, after all her scoliosis diagnosis led her to one of her greatest passions.

Appearing on this series of the Great British Bake Off was actually Alice’s second attempt to be on the show. There is a long process that starts with an online application form where you list what you can bake and then there are various interview and taste testing stages. Alice said she entered like you would enter a lottery, ‘I never thought I would get on but there’s nothing to lose.’ As she was progressing further through the application process it dawned on her that this was looking a lot more like a realistic prospect. Looking back now on the whole experience Alice says she can appreciate it more, ‘at the time I was still trying to take it all in.’ She agrees with the judge’s decision and says the best person won, ‘David knows so much about the science of baking, if anyone had a question, he would answer it.’ She says being on the show was a ‘pinch yourself moment’ and everyone involved was lovely.

It’s been a bit of a whirlwind year for Alice so she is just taking things one step at a time. Since finishing the Great British Bake Off Alice is still teaching, juggling this alongside baking activities. She says ideally, she’d like to keep combining teaching and baking, maybe even teaching baking one day but for now she is still teaching geography and bringing in the occasional treat for her class. 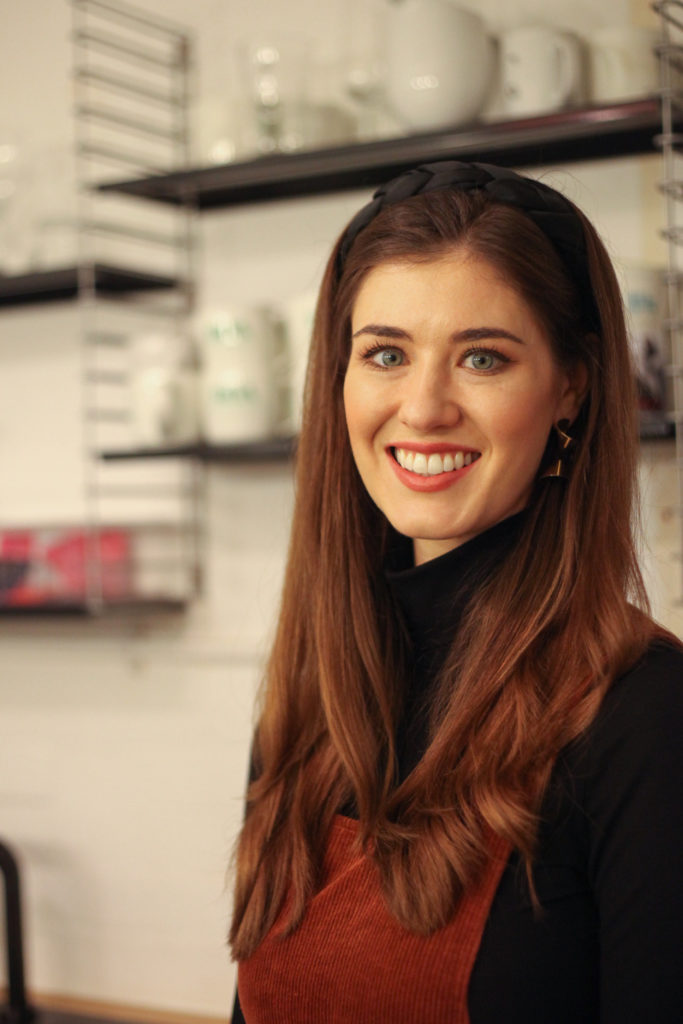