When I was around 14 years old I went to my GP to ask about a rash or other minor ailment—I can’t quite remember what—and just before leaving I mentioned that my shoulder blades protruded more than I thought they should. After taking off my shirt for two different GPs, who didn’t really know what they were looking at, I was referred to an orthopaedic surgeon in Yeovil, where I had an X-ray.

My first meeting with the specialist revealed that I had a 35 degree thoracic curve which accounted for my sticking-out shoulder blades and slightly raised ribs on one side. Since I knew nothing of the condition it was a shock and really quite scary. The consultant decided to keep me under observation and for the next 6 months life went on as normal. Except for the knowledge that I had this condition, nothing else changed. I told only one friend, and tried to tell one other but then never spoke about it again, apart from with my parents.
After 6 months I went to Bristol Children’s Hospital for more X-rays and a check-up, and this was when they told me the curve had increased and we discussed the options available. The doctor said that they generally looked at surgery only past 45 or 50 degrees, and the other option was a brace, which I was not at all keen on as almost none of my friends knew about my scoliosis. However, we came to a decision to try it.

Although we brought it home with us, I never went near it, and I barely discussed it with my parents. I think they wanted me to make any decision on the matter for myself; they outlined the facts and left it up to me. The brace would probably decrease the rate that the curve progressed but it would still probably continue to get worse. So I weighed the pros and cons, and decided I’d rather enjoy life normally and take my chances than have my life radically altered by it.

I continued to have yearly check-ups and though my curve was progressing life went on as normal. Nobody knew, so I didn’t think about it unless I went swimming or got changed in front of someone, and then I was careful to be discreet with my movements because I was self-conscious about my body and what people thought.
By this time I was in the first year of college and I was already thinking ahead to university, making important life choices and like anyone else of my age, wondering what was right for me. Another year went by before the next appointment when we were finally at the point of discussing the possibility of surgery. I was still not keen on the idea, but agreed to be put on the waiting list, went back to studying, and forgot all about it for a few months. I got the grades I needed for university and had an incredible summer of holidays and festivals. I soon realised, however, that I was actually going to have this surgery and that I would have to delay university by taking a gap year.

This was when I started to tell all of my friends, one by one. Just a couple of months from surgery, which had been re-scheduled twice, I had the pre-operation assessment and it turned out I had an irregular heart beat and an infecton, neither of which were real problems but it was better to know about them. By the week of the operation I had finally told all my friends about both my scoliosis and the surgery. Most of them were very surprised and even thought I was joking, but everyone gave me support and wished me luck.

It happened on a Friday morning. We had to get up early (about 5.00am) to get to the hospital, and by the time we got underway I was starving because I wasn’t allowed to eat for the previous 16 hours. So not having breakfast or lunch was probably the worst part of the morning, if you ignored the nerves. I answered loads of questions, they took more blood, consent forms were signed, and I was briefed on the surgery a final time. Then I changed into a robe, and followed a nurse to the anaesthetist’s room. I remember them putting the needle in my arm, and the next thing I knew it was over. I saw the ceiling tiles moving above me as I came round and realised that I was being wheeled away on a bed to the ward so I must have only just come out of theatre. I remember almost everything from that point on.

Today I am feeling better than ever and looking back over everything that happened to me I am so glad I had the operation.

My parents met me in recovery and I felt absolutely fine, thanks to the effects of the epidural and the ketamine and the after effects of the anaesthetic, but later that evening the pain started to affect me. It doesn’t seem so bad in retrospect but I remember at the time it being the most painful and unpleasant night of my entire life.

On the third night I was moved to a different ward because I needed check-ups less frequently. This was the first time since the operation that I felt fairly comfortable and finally got some sleep. From then on my recovery was easier, every day I began to regain more movement. My appetite went up and down a bit but I managed to eat some of the hospital meals (which are as bad as everyone makes out) and my pain relief was gradually lessened until I was drip free and taking only oral pain relief.

By the 4th day I was out of bed and walking, and by the 6th day I could go home. My parents carefully drove me home, but no matter how careful they were, each bump on the road was still a jolt of pain. By the evening of November, 28, 2013, I was home. A week later I walked to the pub with my dad for a pint.

After leaving hospital I was taking it easy, following the doctor’s instructions not to lift anything heavy and generally getting lots of sleep, which being a teenager suited me fine. I was watching more TV and films than ever before and trying to find new ways to entertain myself, although I could still do some of the things I did before. However, being housebound and having a lot of my friends off at university made it quite difficult to stay sane. Fortunately with help and support from my family, friends, and my girlfriend especially, I was merely bored.

2 months on I could finally drive again and increase the length of my walks. I took up swimming with a couple of friends and by June, 2014, I was once again ready for a summer of holidays and festivals. Today I am feeling better than ever and looking back over everything that happened to me I am so glad I had the operation. I am now more comfortable for longer periods than I was before the surgery and I can feel myself getting slowly stronger and more capable in every new thing that I try. 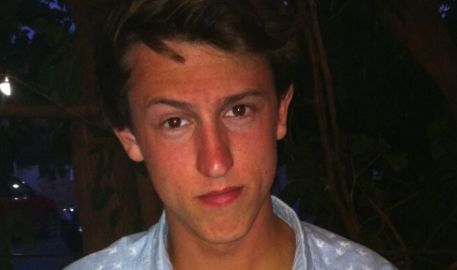