Caroline Freedman is a Personal Trainer and author of ‘The Scoliosis Handbook of Safe and Effective Exercises Pre and Post Surgery’. This was a career move taken after realising that she herself could address the gap of personal trainers who knew how to help those with scoliosis.

It was in an exercise class at 15 years old that Caroline’s scoliosis was first noticed. She had bent over a bar to do a stretch and her friend noticed the curve. The friends mum told her parents who took her to a GP, and she was referred to a scoliosis specialist. At that point, Caroline didn’t need surgery. At 19 though, after coming back from a gap year, things had progressed, and she had no choice but to have surgery to fix an 80-something degree curve.

‘What seems to be different about me is that my rib cage was severely out of place and rotated. To correct this, I had 5 ribs removed for bone grafting and to correct the rotation. I had a long Harrington rod put in, and that was that,’ said Caroline.

She was told that being strong before surgery was important for a good outcome. She was always into exercise so this was something she enjoyed. It was during one of these exercise classes a few years later that things went wrong.

‘When I was around 23, I snapped my rod in half when I was doing a back bend. It was a stupid thing to do, I was showing off. Turns out one of the fusions hadn’t taken so it was weak. So, I went back into surgery, had the long rod taken out and two short ones put in. I had another rib or so taken off and had to wear the brace again,’ said Caroline.

About 5 years ago, Caroline had yet another surgery.

‘My spine had rotated around, and I had two ribs sticking out. I couldn’t lie flat, and it was really irritating me. I was so fed up that I went to see a surgeon to have one of the rods taken out, have the other one shaved off, and another couple of ribs taken out. That was the best thing I’ve done; I woke up from surgery and was amazed to feel the left side of my back and be able to lie flat,’ said Caroline.

With her surgeries spread out over the years, Caroline has witnessed the changes in how surgery and pain relief is approached. Being asked to consider the impact scoliosis and three surgeries has had on her mental wellbeing is new to Caroline. It’s only been through her exposure to the scoliosis community online that she’s realised that this is a thing that others are speaking about.

‘I blocked it out. I never thought about the emotional side. I’ve realised that people would ask me “how are you doing?” and I’d always take it as them asking me how I was physically. It never even crossed my mind that they might be asking me how I was feeling emotionally. I’d answer, “yeah I’m fine, not in so much pain today”. When I wrote my book, I really wanted it to be a very uplifting book. I wanted mothers to pick it up and see I was doing all this stuff and isn’t it great, rather than all doom and gloom. I didn’t want my book to be a horror story. So, I didn’t write about my emotional journey much at all. It wasn’t until a few weeks ago that I thought about this, and it made me cry. I see other young girls talk about the emotional side of things and realised that I’ve blocked that out,’ said Caroline.

Caroline needed a trainer to train her because again, she was told it was really important to be strong in order to be pregnant. She found a great, well recommended trainer, Nikki Waterman, but Nikki said she didn’t have experience training people with scoliosis so wouldn’t feel comfortable training Caroline. Caroline kept insisting until Nikki finally agreed. Turns out Nikki agreed because she had a celebrity client with scoliosis and needed to pick Caroline’s brain. Caroline was such a star pupil that her trainer convinced her to become a trainer herself. Nikki is no longer with us but played a big part in Caroline’s life and her career as a trainer.

‘The way I really built up my strength after surgery was doing a high plank to a downward dog, loads of those, they work out your whole body using just your body weight. I was thrown out of a Pilates class once because I couldn’t get the right movement and the teacher came up to me and said, “your back isn’t sitting right”, and I said, “well no, it can’t, but I know how to adapt the movement”, she wasn’t comfortable with that, and I was asked to leave in the middle of a busy class. I was so humiliated I didn’t even complain, I just sat in my car and cried,’ said Caroline.

Caroline was asked to write her book by Liz Bord from ASPIRE Leisure Centre at Royal National Orthopaedic Hospital because there just wasn’t any literature out there to help scoliosis patients with exercises.

‘I’m hoping that I can be of help to physios, trainers, and those affected by scoliosis. Sometimes I see people who are too scared to go to the gym because they just don’t know what to do or think that their body can’t move in the right way. There are ways to adapt exercises to make it work. There’s no need to be scared but you do have to be careful,’ said Caroline. 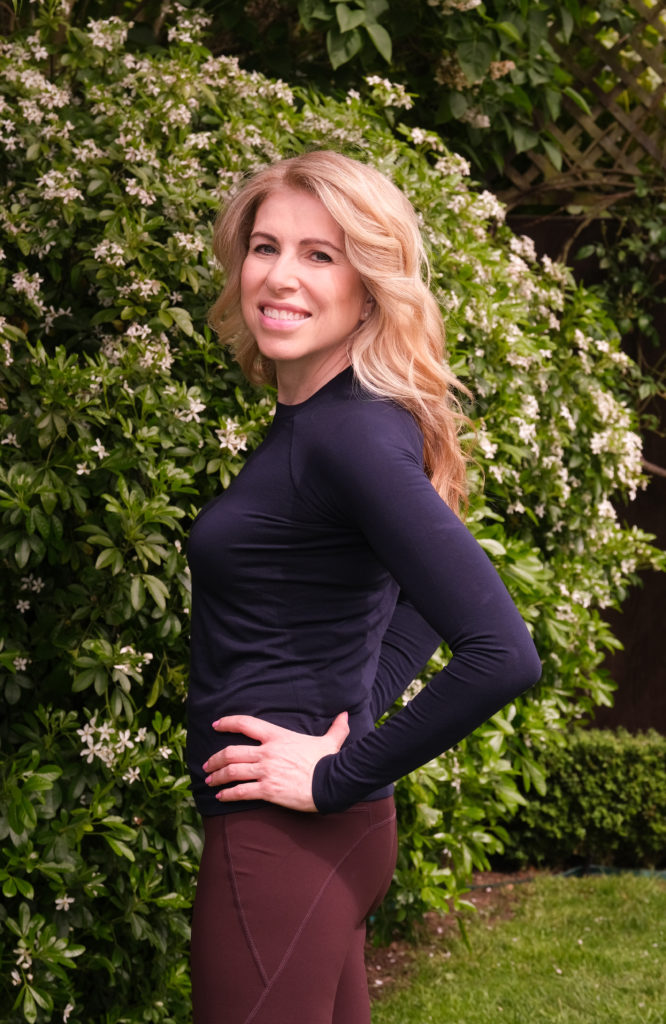