Louise was diagnosed at 14 with a 70 degree curve. The specialists recommended surgery but her parents weren’t comfortable with that so instead she went back to the specialist every year for the next decade to check if it was progressing.

‘I felt really alone and really scared throughout this. I felt like I was the only person out there with this condition. This is before the internet and all of that, so it felt quite isolating,’ said Louise.

Her curve was progressing, but it was when she was 24 that she started to consider how having the surgery may change her life. She was in a lot more pain and discomfort and having this hanging over her shoulder was affecting her mental health. The idea of surgery was very scary to Louise so it wasn’t a decision she took lightly.

‘I researched the surgery myself and joined a few forums and that’s when I joined SAUK. I made quite a few friends through this, people who’d had the surgery and people who weren’t sure if they should. It felt really good to not be alone anymore and to talk to people who knew what I was going through. After reading about people’s positive experiences with the surgery it helped me decide that it was something I wanted, to stop it progressing, which it had been doing,’ said Louise.

Thankfully, the surgery did go well. Recovery was very difficult and painful, the hardest thing she’s ever been through.

‘Recovery was hard, having to re-learn how to sit up in bed, get out of bed, walk down the corridor all over again. It took me about a year to feel properly recovered. Being in my 20s it was probably a bit harder than it is on teenagers. It took me a long time, probably 9 months to even think about going back to the gym. I built up what I was doing but I was quite scared because I thought I would damage something. I didn’t start running again until a few years after surgery but the more I did, the more confident I got and the more I realised I could do things I couldn’t do even before the surgery.

Having the surgery had given me a new lease on life and made me want to do as much as possible and push myself as much as I can to prove that I can do it. I joined a run club a few years ago and have started to do all sorts of things, loads of park runs, 7 half marathons, I’d been training for a marathon before the pandemic, I’m still waiting for that to go ahead. I signed up for a Machu Picchu trek before the pandemic as a way to celebrate 10 years since my spinal fusion. I wanted to do something big to mark that occasion, but it’s been pushed to September, 2022 so fingers crossed that goes ahead. A few years ago, I trekked the Great Wall of China to raise money for SAUK, it was such a great experience and I love raising awareness for scoliosis and raising money for SAUK, plus it’s a great challenge and I meet all sorts of people.

For me, having the surgery was the start of my life. I would say to people struggling with the decision that it could really improve your quality of life. I still get back pain, some numbness and muscle spasms but I can live with that, and it doesn’t stop me from doing things. Resting or sitting down will ease the pain now but before the surgery, that pain never really went away, despite me trying everything I could. My spine still isn’t straight because trying to correct a curve as large and stiff as I had, is very difficult. My mental health and the way that I feel about myself has improved too. I was really self-conscious before because my ribs were rotated, and I had a large hump, but those outwardly noticeable signs of scoliosis are gone now. I was very anxious about how much worse the curve could have gotten so to not have that anxiety anymore is great. Not being in pain anymore is great but the biggest impact the surgery had was on my mental health. I can put it to the back of my mind now and just live my life, which was never possible before,’ said Louise. 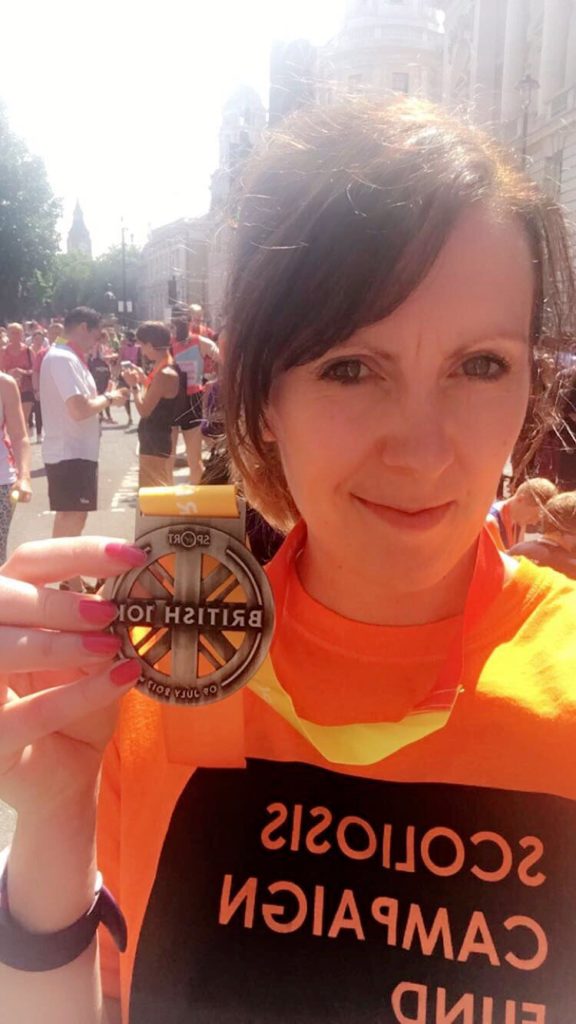