Matt’s kyphosis journey started after his heart surgery in 2007, when they noticed his spine was slightly curved, but there was no further investigation. By the time he was 14, his back was bothering him more and his rugby coach pointed out that he should check on the reason behind his poor posture.

So that’s what Matt and his parents did. He was seen by a scoliosis specialist who diagnosed a 42-degree curve. Following the consultation, he had various physio treatments and was fitted with a brace. He wore the brace at school but in PE, he was teased about it looking like a bra. Thankfully, his PE teacher was incredibly supportive and put a stop to any bullying.

Matt’s curve became noticeable at an age where ones body confidence can be shaken by rude comments and boys pointing out his differences in the change room. He wouldn’t let it get to him and would tell them “Well at least I have plenty of backbone!”.

Matt went through 3 pre-ops over the next few years but never actually went through with the surgery. The first time, he was busy applying for university so it was decided they could give him a year to get settled. The second time, he had acne on his back. Because of the risks of infection, they couldn’t go through with surgery, and it was delayed.

By the time he got ready for surgery the third time, in 2015, it was decided that the best thing to do was not go ahead with surgery. He was busy training for sports and led a very active lifestyle and the surgeon said that he may not be able to compete at the same level after surgery. As the scoliosis wasn’t progressing rapidly, Matt and his surgeon decided that he could manage living with this curve.

Matt works for a professional Rugby club and is still very physically active, taking part in sports and going to the gym. Matt has access to the team physio, who has been incredible with advising stretches and exercises.

Pain is a part of Matt’s life, but his active lifestyle means that this has been manageable. He has gotten good at listening to his body and knowing when to slow down too. At 25, Matt wants to manage his scoliosis through making good lifestyle choices and complementary therapies for as long as possible.

“Stiffness is probably my biggest problem and I struggle to sit for longer than half an hour without getting stiff. This is managed by taking stretch and exercise breaks and knowing my own body and when to stop. I pride myself on working hard and thankfully my Managing Director is very supporting and helped me adapt.

For a while I struggled to date and find someone who saw past the disability. For some reason despite been very physically fit and active, ladies would think it was an issue. However, I have now met Amelia who is the most supportive person I have ever met. She fully embraced me for who I am and all my craziness.

I remember talking about it for the first time and it happened as our relationship started to develop and become serious. We were lying next to each other and going through our challenges. I explained how I have this 45-degree curve and her response brought a tear to my eye. Amelia loves me for who I am, no matter how I may appear.

The reason why I am speaking so openly and want to share this is because there will be people out there who are in similar positions and feel alone, vulnerable, scared, or uncomfortable with their bodies. I have faced challenges and overcome every one by using my support networks and I hope to help others find the right support networks and develop confidence and resilience.

If I’m able to raise awareness and encourage more young men to talk about it then that’s going to make a difference. It’s the same with any kid at school struggling with any physical difference, if talking about it makes them feel more comfortable in their bodies, then I’m more than happy to do it.,” said Matt.

Scheuermann’s kyphosis is a condition in which the front sections of the vertebrae (small bones that make up the spine) grow more slowly than the back sections during childhood. This difference in growth means the vertebrae grow into the shape of a wedge, when they should grow into the shape of a rectangle. These wedge-shaped bones don’t stack up in a straight line. As a result, the spine develops a forward angle as it grows. The forward bend of the spine is called kyphosis. 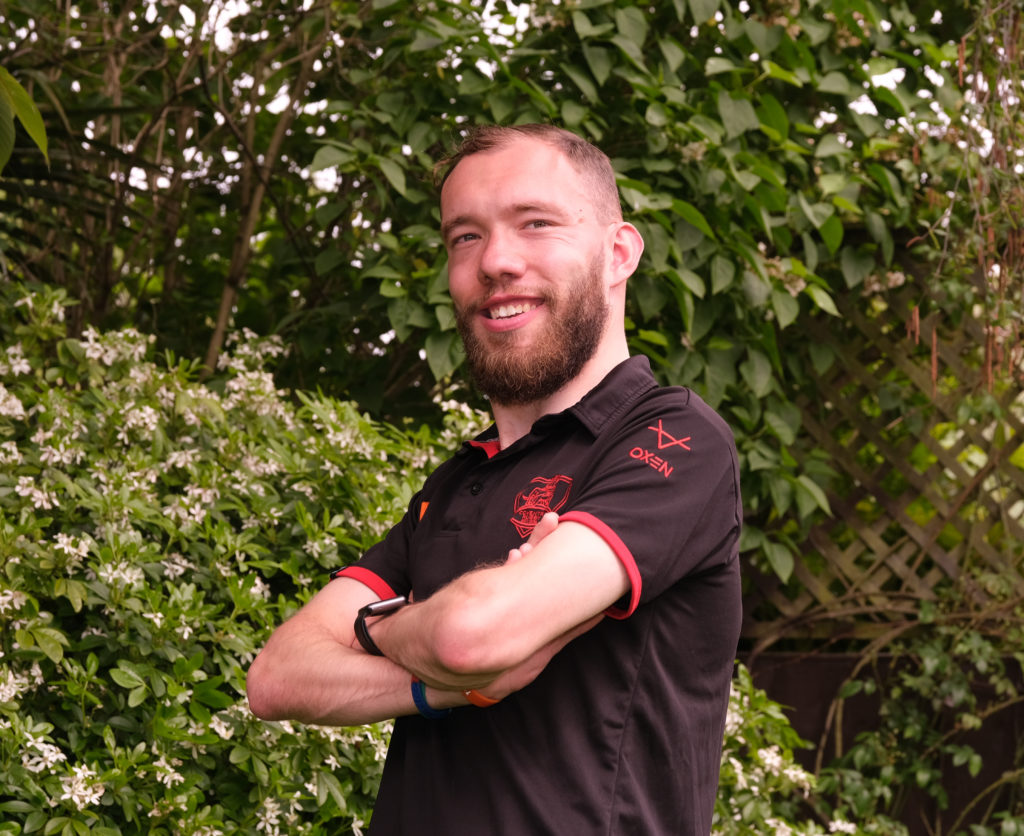